The Alliance Française de Philadelphia is proud to welcome Mame Fatou-Niang and Julien Suaudeau  for an online conversation where they will present and talk about Mariannes Noires: A documentary on Afro-French women.

About the guests
Mame-Fatou Niang's is an Associate Professor of French and Francophone Studies at Carnegie Mellon University and the author of Identités Françaises (Brill, 2019). Her recent research examines the development of Afro-French identities. Her work has been featured in edited volumes and academic journals among which Contemporary French Civilization, Présences Francophones and "Racismes de France" (out 10/12/2020 @ La Découverte).

Mame is also a photographer and the co-author of a photo series on Black French Islam.

In 2015, she co-directed “Mariannes Noires: Mosaïques Afropéennes”, a film in which seven Afro-French women investigate the pieces of their mosaic identities, and unravel what it means to be Black and French, Black in France.

Her latest articles: "21-st century universalism will be anti-racist, or it won't be at all"
https://www.rosalux.eu/en/article/1812.21st-century-universalism-will-be-anti-racist-or-it-won-t-be-at-all.html

"Fighting racism is what makes us universalists"https://jacobinmag.com/2020/10/france-racism-universalism-george-floyd-protests-afro-french

Julien Suaudeau is the Coordinator of the Non-Intensive Language sequence in French and the Director of Film Studies. He is the author of four novels: Dawa (2014), Le Français (2015), Ni le feu ni la foudre (2016), Le Sang noir des hommes (2019). His fiction work focuses on contemporary France seen through the lenses of colonial and postcolonial history, immigration, laïcité, terrorism, and socioeconomic inequalities. His books explore the blind spots of the Great French Narrative, in search of repressed voices and counter-accounts.

Suaudeau also writes about France and the Americas on Slate.fr. In the U.S., he lectures frequently as a guest speaker on the topic of connecting American students and teachers with the multiplicity of French identities and the francophone world. As a filmmaker, he has directed documentaries and short fiction films, and has published extensively on film history, film theory and French cinema in Positif. His most recent book, Le Spectateur zéro (2020) is a conversation with film editor Yann Dedet, who worked with François Truffaut and Maurice Pialat.

Suaudeau studied at Sciences Po (Institut d’Etudes Politiques) and La Sorbonne (Université Paris IV). He has taught French both at the high school and the college level. He currently teaches the non-intensive sequence as well as creative writing and film. 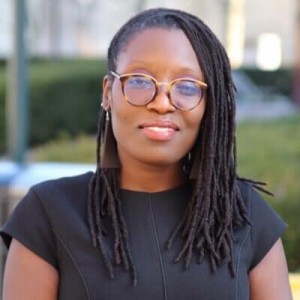 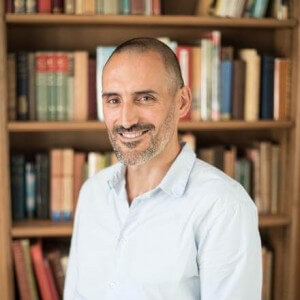